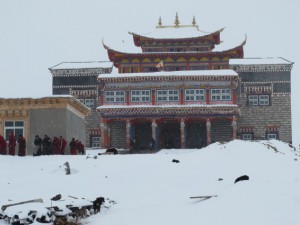 Winter on 4.500 meters above sea level is long and hard: beginning in September, ending end of April. Icy strong winds are blowing day and night and temperatures fall below 20 degrees Celsius.

The monastery has a long history, going back to the 16th century. Before it was destroyed in 1959 it was well-known for excellent teachers, a big library and some precious relics. There is an old heritage build directly into the rock where they say that the holy saint of Tibet, Guru Padmasambhava once sat and meditated. 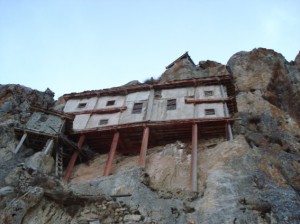 Donate for the food support to monks and nuns in Dolma Lhakang. Your donations benefit in two ways: you help people in need and support the Tibetan culture! 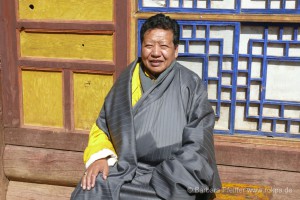 Dr. Akong Tulku Rinpoche (1940-2013), was a Tibetan lama and doctor for Tibetan medicine. He founded Samyen Scotland, the charity ROKPA and the therapy called Tara ROKPA. He was formerly educated in Dolma Lhakang and cared for the monks there as an abbot before he had to leave his homeland, which is in Chamdo, Autonomous Region of Tibet. Throughout his life it was his wish to revive the scholarly and monastic live at this holy place.

Currently there are 100 monks in the monastery and 115 nuns living in five nunneries in the surrounding. 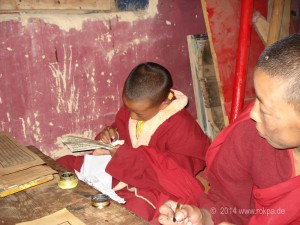 They all have one thing in common: they sacrifice their lives in order to study and practice the teaching of the Buddha. They play an important part in conserving the Tibetan culture and language.

Their life is hard and their families cannot support them completely. The monastery which has not much income is giving them food for Euro 1,50 per day.
You can become part of this! Donate for the food support!